© 2000 Jim Belote & Linda Belote
Note: this page is a preliminary version, under construction.

A number of Saraguro archaeological sites contain pot sherds with fabric impression. The impression is most frequently located on the interiors of vessels. This feature may have begun in late pre-Inca times. It is most strongly associated with terraced hill tops and mountain slopes, and pottery that is relatively thick, has little decoration other than a red slip, and consists largely of closed bowls with gently flaring rims and open bowls, some of which have ring bases (see Figure 4 F & 4 H). The impressions probably came from a practice of using old cloth as a separator to ease the separation of a freshly formed clay vessel from a mold. Evidence of some elements of this practice in local pottery making continued through the 1980s. We have seen flat based ceramics with fabric impression on the exterior. This has resulted from the practice of placing an unfired, but otherwise prepared ceramic on a flat surface covered with a cloth.

Note that Figure 1-left indicates a set of (warp?) yarns that is paired (and not twisted together). The other (weft?) set appears to consist of a single yarn. Figure 1-right evidences single yarns for both warp and weft. In the 1900s most fine back-strap loom weaving of such clothing as ponchos and anacus (skirts) was done by Saraguros with paired yarns for both warp and weft. More than 90% of the fabric impressed sherds from the Saraguro region, however, show no pairing of yarns. 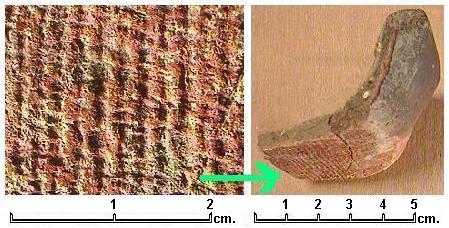 Figure 3 provides two views of the same sherd from Putushio. Because this sherd includes both rim and base features we have a good idea of the original vessel shape (illustrated in Figure 4 D).

During archaeological surveys in the 1960s we found 16 sites that contained fabric impressed sherds. We presented an early report on this material (Belote and Belote 1972). We have since seen more material and this has somewhat altered our view of the situation. The distribution of sites with fabric impression that we have encountered extends from the northern part of the San Lucas valley, to the Saraguro valley, and up the Río León valley past the important site of Putushio and into Azuay province (one site, Ayaloma [A], in the community of Zhiña). All the sites where we found more than one fabric impressed sherd were at elevations exceeding 2000 meters.

According to the record, fabric impression on pottery sherds is not common in the southern Andes of Ecuador outside of the Saraguro region. Surveys and excavation in the rest of Loja province (to the south) and Azuay province (except for the Ayaloma site mentioned above) have not revealed this pattern of ceramic technology. It is probably not the case that fabric impression has just been overlooked. Thus, for example, Collier and Murra examined many sites in Azuay and Cañar provinces and report no fabric impression. However, on a short foray into the Saraguro region they did, at a site they called Guando (1943;32-33 and Plate 11, Figure 7). We visited the same site in the 1960s and and found more fabric impressed sherds on the surface; three of them are depicted in Figure 4 (C, G AND E).

There are several reports from the coast of Ecuador and northern Peru where fabric impression has been encountered (from cultures much earlier than what we think was the case in the Saraguro region). These reports include: Wendell C. Bennett (1939), working on the north coast of Perú (note that in a survey of the area just to the north of the Saraguro region, he did not mention encountering fabric impression [1946]); G. H. S. Bushnell on the Santa Elena Peninsula, Ecuador (1951:54); Jorge Marcos at Real Alto (1988:302-303); and Karen Stothert, Kathleen Epstein, Thomas Cummins and Ana Freire working on the coast of Ecuador (1990).

The point here is that fabric impression of the type we have encountered seems to correspond reasonably well with the present highland location of Saraguro populations (except for the extension up the Río León to Ayaloma and a couple of minor locations in the lowland sector of the Canton of Saraguro). Thus fabric impression may be an indicator of populations at least in part ancestral to modern Saraguros. Toponymic evidence may help confirm this (see the work in progress, TOPÓNIMOS DE LA SIERRA ECUATORIANA / HIGHLAND ECUADORIAN TOPONYMS). We will return to this issue at a later date.

The following is a summary of features associated with fabric impression:
1. pottery is generally fairly coarse
2. very little painted decoration other than wide bands
3. somewhat fugitive red slip on many vessel rims and exteriors
4. almost no plastic decoration such as incision, engraving, punctate
5. the fabric impression is almost always on the interiors of vessels
6. ring or pedestal bases commonly associated in same site (and sometimes on same sherd) [note: tripod legs ("gentil bishus") are common artifacts in the Saraguro region but seem not to be as strongly associated with fabric impression]
7. associated with bowls with gently flaring rims--i.e. on almost all flared-rim vessels, the rim flares out from the body with a gentle curve, rather than a sharp angle
8. open bowls are another shape commonly found in association (some of these have flat, rather than curved, bottoms)
9. cooking: many vessels with fabric impression show charring of material, especially on the inside of vessels
10. most (not all) of the sites where fabric impression has been found are on or near terraced hill tops or mountain slopes at elevations of above 2000m
11. we have encountered Inca components at several sites: 2 include "Inca nubbins" ("clava de aríbalo"), and one site (Milla) included probable Inca storehouses
12. most fabrics seem to have been loom woven with fairly fine, yarns for both warp and weft
13. most yarns, both warp and weft, were not paired or twisted together, however, there are several cases of at least one set of yarns being paired
14. where we could see enough details (rarely) all yarns appeared to be "S" spun. One doubled yarn was twisted together in a "Z" pattern.